The Index of Christian Art announces an exhibition of rare photographs of important monumental sculpture entitled Places of Power. On display will be a selection of photographs of significant places in major European cities, including two pre-1900 views of L’Arc de Triomphe and the façade of the Pavillon Sully wing of the Louvre Museum in Paris, a rare image of the piazza del duomo in Milan taken before 1896, twenty postcard views of Strasbourg Cathedral dating to the 1920s, and a large mounted study photograph of the twelfth-century Last Judgment scene on the tympanum of St. Foy at Conques, France, a key stop for pilgrims traveling to Santiago de Compostela in northern Spain.

The photographs will be on display through March as part of the Index’s rotating exhibition program. 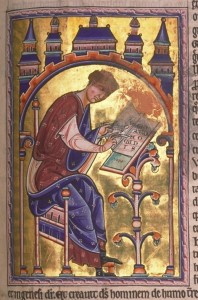