Call for Papers, Kalamazoo 2018: Iconography and Its Discontents 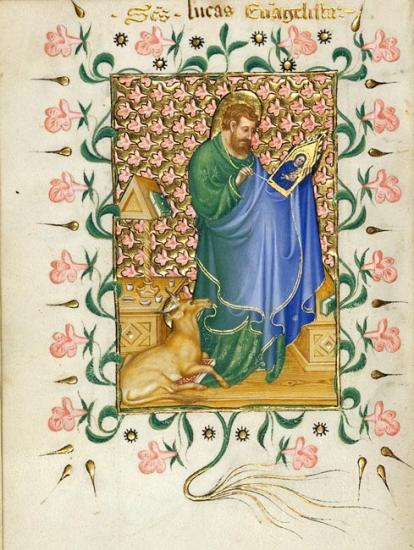 The Index invites paper proposals for two sessions at the 2018 Medieval Congress in Medieval Studies at Kalamazoo, on the theme of “Iconography and Its Discontents.”

Modern scholars often express discomfort with the term “iconography,” caricaturing its study as obsessed with rigidified taxonomies, elaborate stemmae, and the abstract pursuit of textual analogues for free-floating images. Yet the fundamental questions that drive iconographic studies remain central to scholarship in art history and many other medievalist disciplines. What did a medieval image mean, and to whom? How did these meanings change in different contexts and in the eyes of different viewers, and what can this tell us about the values and practices of the society in which they were made and viewed? The ways in which researchers answer these questions, meanwhile, has changed dramatically, bolstered by new methodologies and the increasing availability of digital tools to quantify, compare, and analyze a wide range of medieval images. Such advances suggest that the study of iconography not only is “not dead yet,” but is very much alive and open to reassessment.

Our two sessions capitalize on the new vitality of current iconographic studies by gathering papers that reexamine the potential of iconographic work for medievalists, prioritizing work that pushes past traditional approaches to engage with the new questions, new methods, new disciplines, and new technologies of greatest impact within the field. Following on the centennial and digital relaunch of Princeton’s recently renamed Index of Medieval Art, one of the first and longest-lived iconographic repositories of its kind, the session aims to chart a new path in a scholarship transformed by both technological advancements and disciplinary creativity.

Session I: Iconography and/as Methodology. What questions do today’s scholars ask of medieval images, and what approaches do they take to answering them? Do their efforts represent a break with the past or a continuation of it? What disciplines do they most engage? For this panel, we invite papers that explore the impact of new methods, whether from art history or from other disciplines, on modern understanding of how medieval images did their work for their makers and viewers. Papers that assess the relevance or revision of past approaches are also welcome.

Session II: Iconography and Technology. How have digital resources transformed the ways in which scholars approach the study of medieval images and their meaning? What new questions (and answers) are now possible, and what remains the same? For this panel, we seek papers that evaluate the impact of online collections, databases, and other digital tools on image-based scholarship in any discipline. Both case studies and broader analyses are invited.

Proposals are invited from scholars at all levels and in any relevant discipline. To submit, please send a Participant Information Form (https://wmich.edu/medievalcongress/submissions) and one-page abstract to: