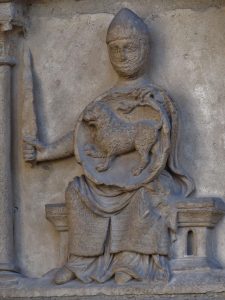 The Index of Christian Art presents three images in honor of the 160,000 allied troops who landed on the fortified beaches of Normandy on 6 June 1944. The first, a detail of the Bayeux Embroidery portraying Duke William of Normandy sailing to England, evokes the seaborne operation that marked the beginning of the liberation of occupied Europe from Nazi control. The second, a sculpted personification of Fortitude holding a sword and shield from the west façade of Notre-Dame of Paris, speaks to the courage and resilience of the allied forces in the face of the enemy. The third, Ambrogio Lorenzetti’s languid depiction of Peace from the Allegory of Good Government fresco in the Palazzo Pubblico in Siena, alludes to the aftermath of the war, while also expressing hope for the resolution of current conflicts worldwide. 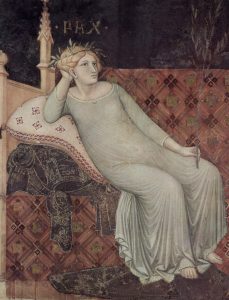