Looking Forward and Backward With Janus

The medieval New Year was not always celebrated on January 1. Although this was the first day of the Roman civil calendar, which eventually was adopted in much of the medieval world, people of the Middle Ages often marked the start of the year with celebrations on March 25, the Feast of the Annunciation; on the near-springtime date of March 1; or even on Christmas or Easter. Nonetheless, in medieval iconography, January continued to be associated with images of the ancient Roman deity Janus, who personified both the month and the transition and reflection that accompanied the change of the year.

Janus was among the oldest gods venerated in ancient Rome, where he was associated with doorways, gates, and arches (one word for which was the Latin ianus) as well as temporal transitions. Ovid’s Fasti, an unfinished Latin poem on the Roman year, opens the kalends (first day) of January with an appeal to “Two-headed Janus, source of the silently gliding year, /The only god who is able to see behind him,” asking him to bring a favorable year. As early as the third century BCE, Janus was commemorated on coins as a bust with two bearded faces looking in opposite directions from a single neck, illustrating his ability to see both past and future (Fig. 1).

Janus’s status as overseer of temporal change persisted into the Middle Ages. In City of God (Book 7, ch. IX), Augustine wrote that “ad Ianum pertinent initia factorum” (the beginnings of accomplishments belong to Janus), while in his own Etymologies, Isidore of Seville associates the figure with the month of January and describes his double face as representing the beginning and the end of the year. Although Janus was occasionally represented in other visual contexts, the vast majority of medieval imagery relates to this timekeeping role. 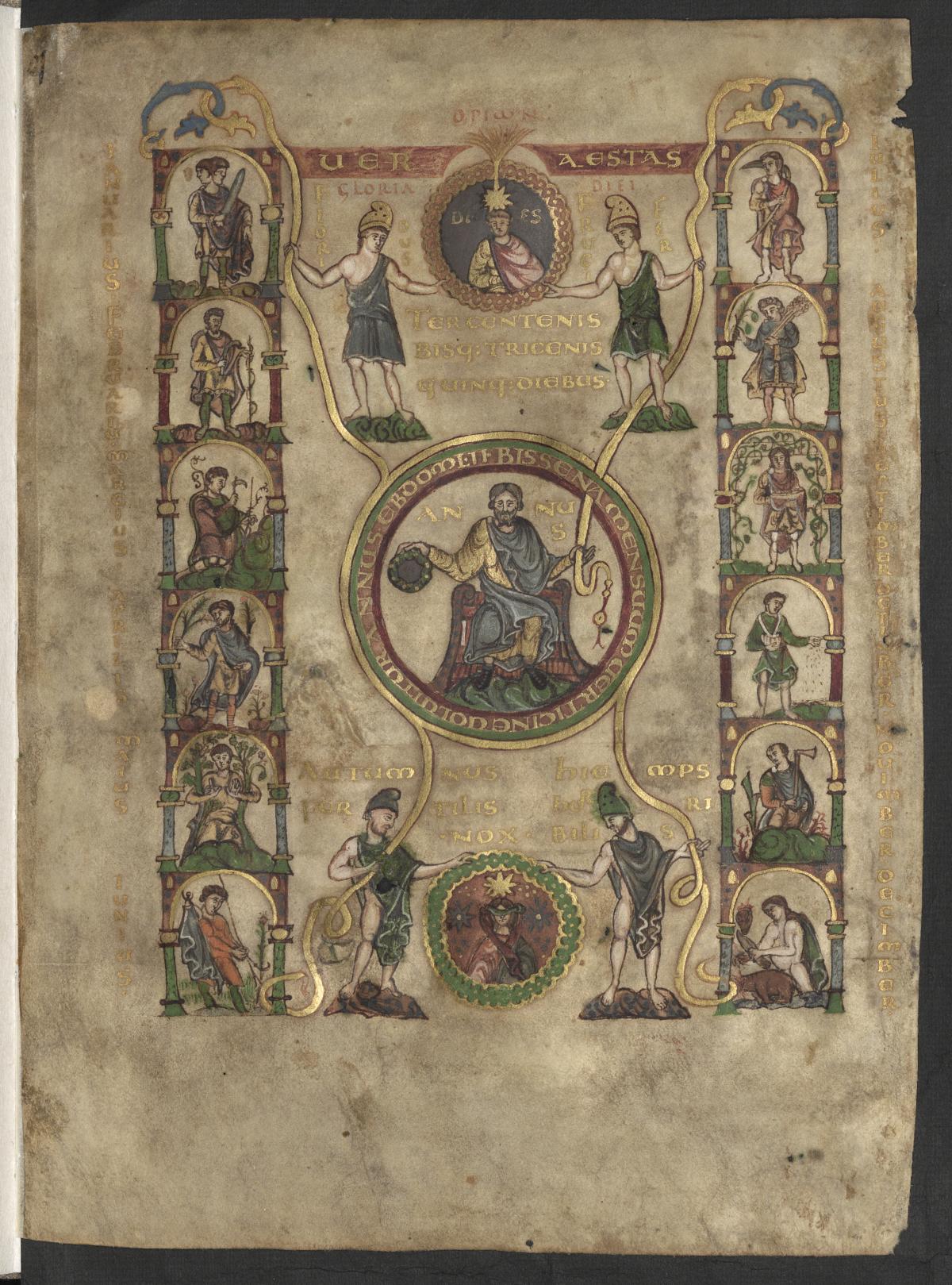 In the Middle Ages, Janus most often appeared as the sign for January in calendrical cycles such as zodiacs and occupations of the months. An early example appears in a calendar page from a fragmentary late tenth-century sacramentary produced in Fulda (Fig. 2). Here, Janus appears at the upper left as a youthful foot soldier with sword drawn, his two faces turned vigilantly over each shoulder. 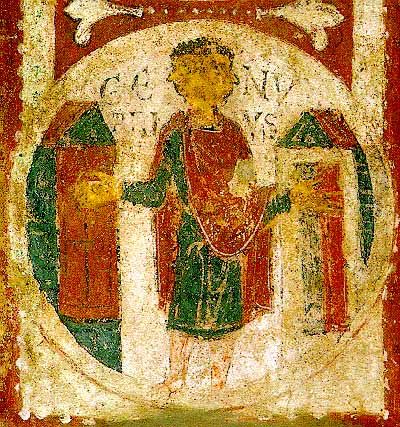 In the early twelfth-century calendrical cycle painted in the Panteón de los Reyes in San Isidoro of León, a roundel labeled “Genuarius” (January) contains a representation of Janus standing between two portals, the left shut and the right open to suggest the closing of the past year and the opening of the coming one (Fig. 3). 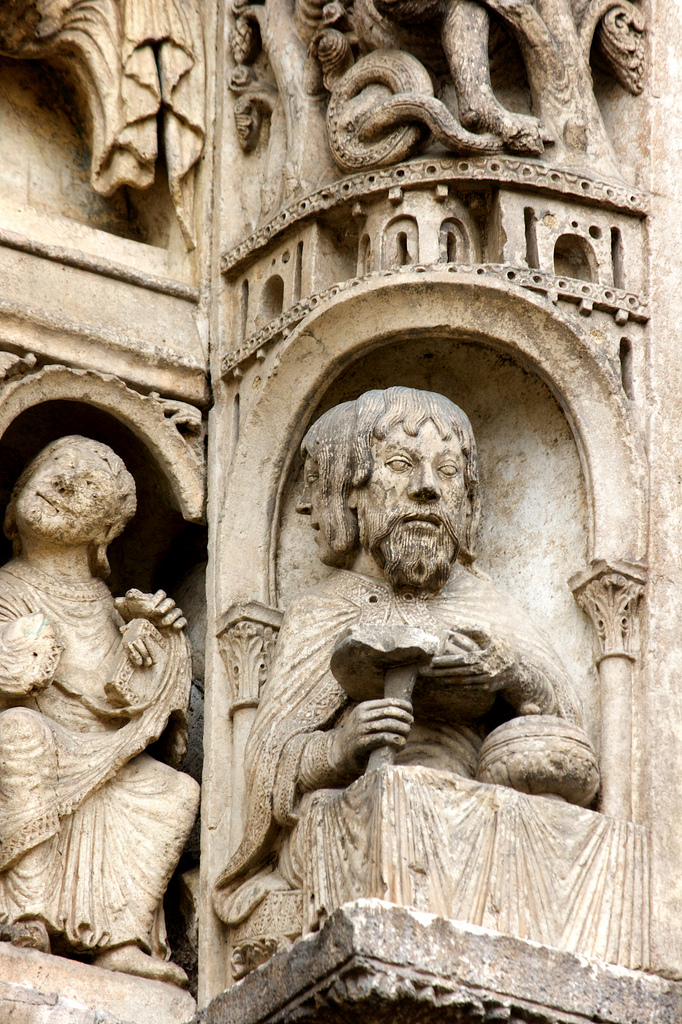 Yet another variant is found on an archivolt of the Ascension portal of the west facade of Chartres Cathedral, which combines depictions of the zodiac with the labors of the months (Fig. 4). Here, Janus displays faces of different ages, one youthful and beardless and the other with a mature beard, emphasizing the passage of time from the old year to the new. 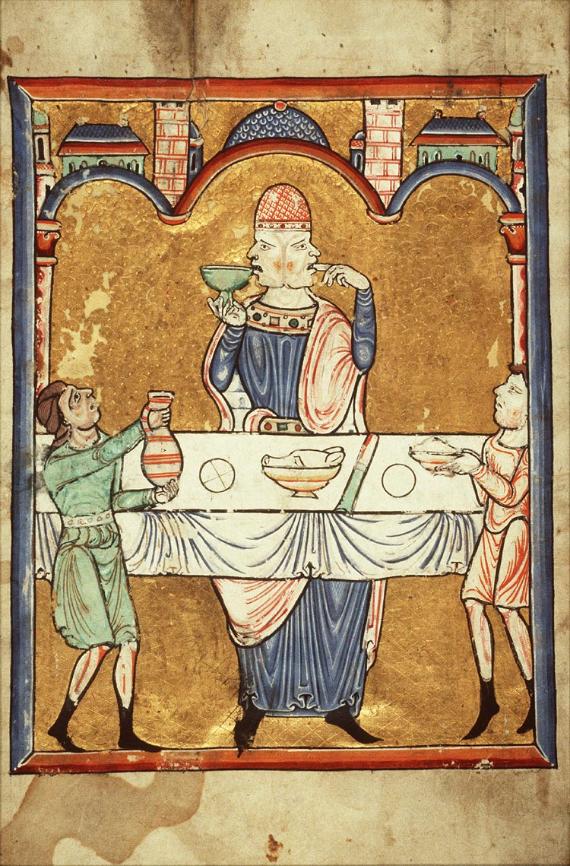 The medieval calendar traditionally associated January with feasting, so it is not surprising that Janus often appears at a laden table, both his faces engaged in eating and drinking. In the late twelfth-century Fécamp Psalter, he sits alone, one face sipping wine from a chalice in his right hand as the other chews a morsel of meat from his left and two servants wait to replenish his meal (Fig. 5). 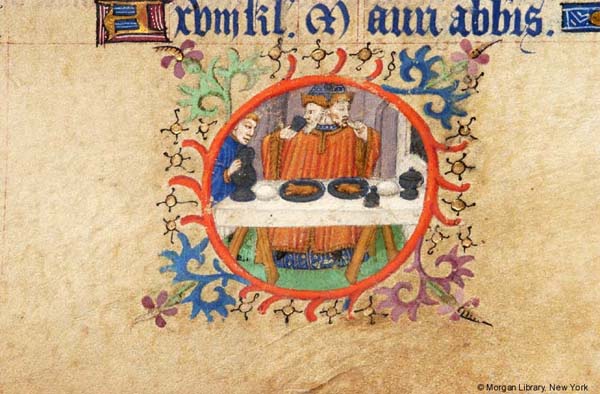 In the medieval west, feasting scenes of this kind became common in the calendars of private prayer books, especially in late medieval Books of Hours. In a lavishly decorated French example produced between 1420 and 1430, possibly in Rouen, Janus sits snugly in a roundel at the bottom of the January page, enjoying double dishes of meat as a servant waits at his elbow (Fig. 6). The connotations of comfort and plenty in such images surely appealed to their wealthy viewers in the dark and cold of winter. 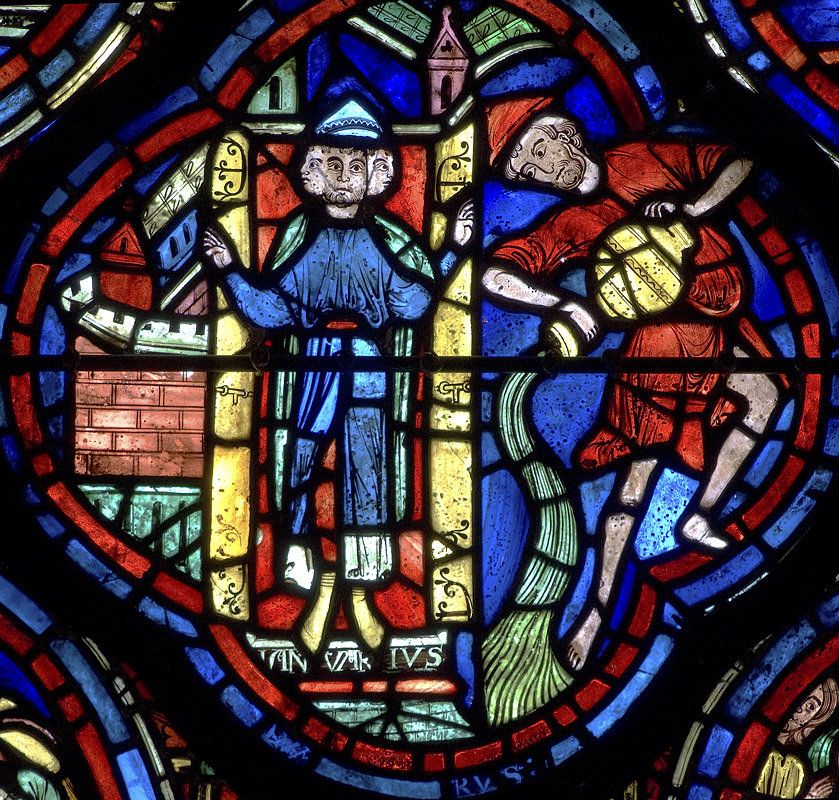 The novelty of Janus’s double face sometimes inspired fanciful artistic interpretations. Some artists increased the number of his faces to three or even four, drawing on ancient and medieval traditions that linked the god with past, present, and future or the cardinal directions. A thirteenth-century stained glass window of the Occupations of the Months in the cathedral of Chartres cathedral depicts the figure with three faces; he stands in an open portal beside an image of the Aquarian water-bearer (Fig. 7). 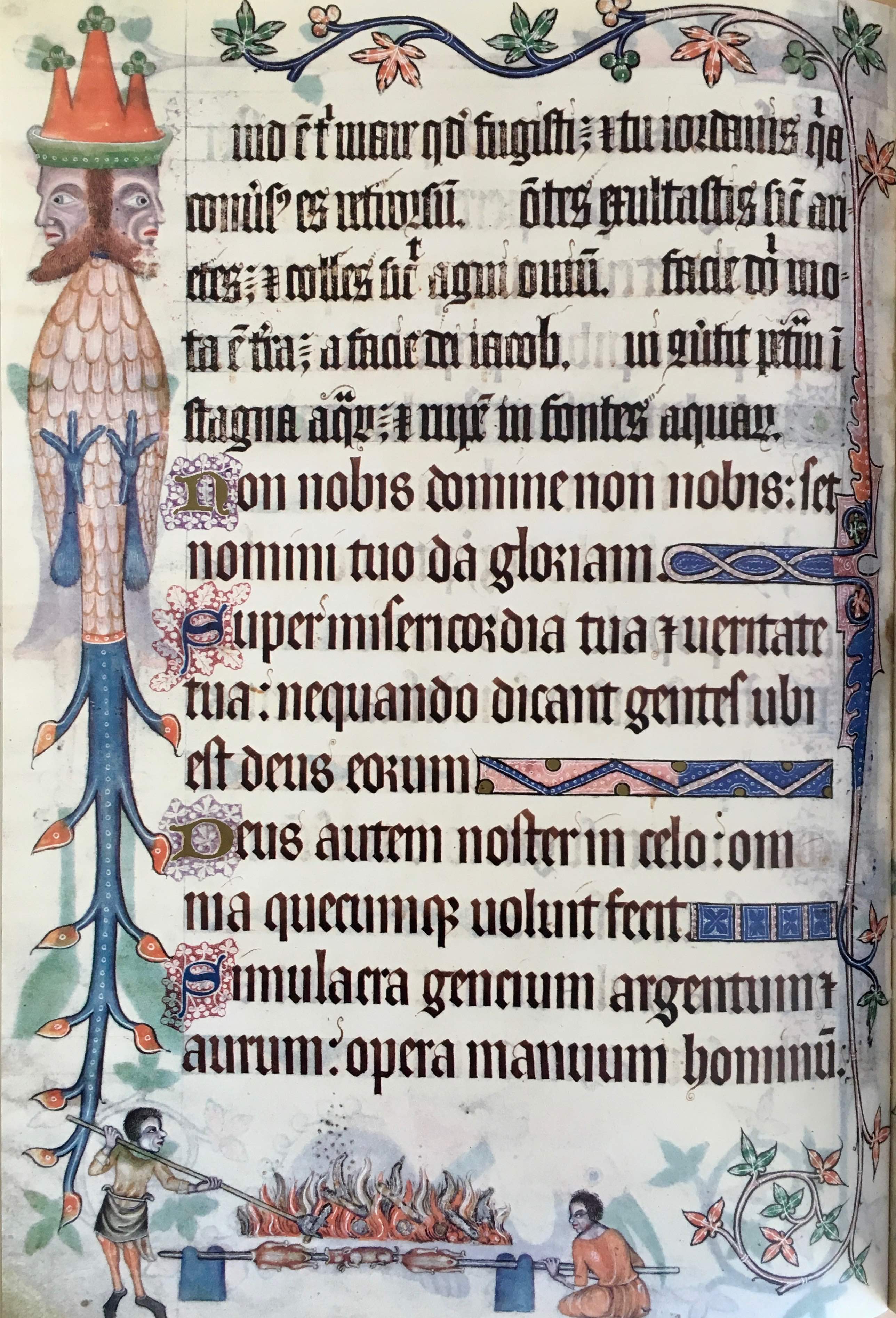 The illuminator of the fourteenth-century Luttrell Psalter, an artist of striking creativity, transformed Janus into a fanciful marginal hybrid, his double face, surmounted by a three-peaked red hat, affixed to a feathered bird’s body with a vinelike foliate tail (Fig. 8). Below, two dark-skinned servants prepare a meal in possible reference to the figure’s traditional feast.

A search for “Pagan Type: Janus” in the beta version of the new Index of Medieval Art database currently brings up 75 results, which can be filtered by date, location, medium, and other delimiters. We encourage you to explore these examples and more at our beta site, available to subscribing institutions at https://theindex.princeton.edu/